Serge Benhayon, me and men

Serge Benhayon, me and men

In the UK, every single day, around one hundred men try to take their lives. When I first heard this figure it shocked me deeply, and then I took it further and realised that this is just the tip of the iceberg and that behind that figure are thousands and thousands of other men who, whilst they may not be at the extreme of suicide, are unhappy in the lives they are living and are feeling lost and desperate.

My name is Otto Bathurst. I live in the UK. I’ve a family with three young kids and a partner who works, so home-life is very busy – as is work-life as a successful film and television director. I’ve won BAFTA’s and all kinds of other awards. I am also involved in a number of other organisations, an international campaign against cyber abuse, various film and television institutions and I occasionally teach filmmaking at Oxford and London universities. 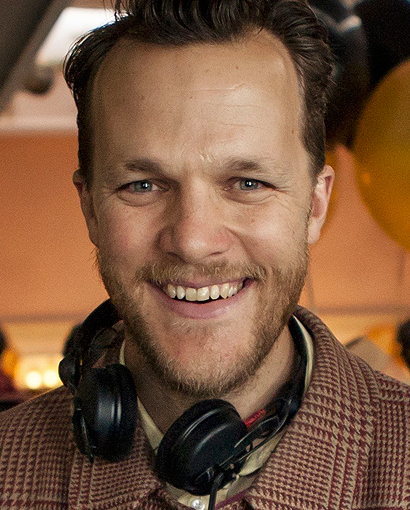 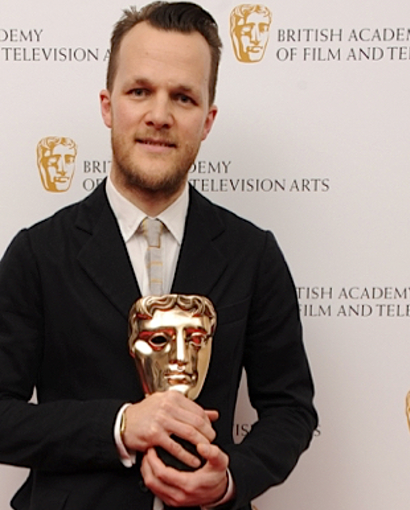 At the BAFTA awards

So life is full. Very full. And I love it, ever more, every day.

But it hasn’t always been like this. In fact, like many men, I have found life incredibly hard. I personally haven’t come close to being a part of the statistic I started this article with – but there have definitely been some very dark and troubled times.

Right from when I was a little boy, I always knew that there was something else to life. I had no idea what it was but I knew that everything that I was living, was seeing, was watching – in others and all around me – was not it, couldn’t possibly be it, because somewhere deep inside me was a very profound sense that there was more.

As I grew up and was swirled into life by my busy, successful and wealthy parents, I slowly put on layer after layer of life’s armour, becoming ever more entrenched in my fortress. And what was so damaging about my fortress was that, from the outside, it looked like I had the whole thing down pat, sorted, nailed. Life was working, I was smiling, what could possibly be wrong? And that is the case with so many of us men; we are superb pretenders. It’s indoctrinated right from the very first time we swallow our tears … ”what a brave boy.” Despite the fact that we are burning inside, we learn from a very early stage that this is not what is expected of a man. From that tiny moment, layer after layer slowly entrenches us.

And up until a few years back, that was me. Absolutely. I had survived the excesses of youth, tried everything – alcohol, narcotics, sex, religions and gurus – and had come out the other side seemingly unscathed. I had a job, car, roof over my head, girlfriends and an address book full of mates. Life was sliding along.

The pretence was complete. The lie entrenched. The illusion total.

But that unrest inside of me, that knowing, that ticking clock … that had been there from year dot … was still there, waiting, always waiting for an invitation to come forward.

And then I met Serge Benhayon. Someone I trusted had told me about him, so I went along …

For approximately ten years now I have attended workshops with Serge, I have listened to his webcasts, his talks and, specifically to what I’m talking about here, his conversations about men, the issues that affect men, the root causes behind those issues and the way for us to rediscover the absolute tenderness and power that resides in all us men, equally.

Quite simply and with zero exaggeration, Serge has enabled me to totally and utterly change my life, my relationships, the way I am at work, the way I parent, the friend I am to many … everything … and all a zillion times for the better.

He is my greatest friend, my mentor, my father, my brother, my rock, my inspiration and my absolute equal …. The man is pure gold, the real deal, the keys that have unlocked the treasure inside of me, the light that has enabled me to see the pure gold that I also am.

But, these are just superlatives – what has actually happened??!!

The simplest way to express it is to say that I now know who I am.

Which, for a man, is a very rare thing. I say this with zero judgement, but I do say it with an absolute knowing that the vast majority of men live their whole lives as a lie, a pretence, an act.

What does it do to us, to our bodies, to our minds and to our sense of ourselves, when we knowingly live that lie? For our whole lives!! And don’t ever be fooled into thinking we don’t know. Sure we may choose to forget or to actively ignore it, but that doesn’t alter the fact that we absolutely KNOW.

And how do we live with that knowing? We bury it.

We strap on the suits of armour and head out into the world, keep others out and ourselves locked away, silently, stoically building the image that we know what we are doing and that we are in control. Yet underneath it all we are hurting; the little boy in us is terrified and confused.

But we over-ride that, we push ourselves harder and faster, burying our stuff deeper and deeper and it is having a very dramatic effect on our physical and mental wellbeing.

Yet, whilst all this goes on, we work longer and longer hours, striving to own a bigger house, a faster car, a slimmer phone. We disappear ever more into our hobbies, screens and social media. We consume ever more knowledge and news. We numb ourselves in front of the TV or a pint. We constantly look to our peers and friends for affirmation and recognition. Anything to give our lives meaning.

I see this everywhere and anywhere, and it was absolutely me. Men who know that what they are living isn’t truly who they are, but they have totally lost the roadmap.

I paint a full picture here. A true picture. Because it is important to fully grasp what is going on in our world. Yet actually there is so very, very much more I could say about the greed, corruption, war-mongering, inequality, dis-harmony and dis-ease that is rampant in our society. A society that professes to be evolving and advancing. A society that professes to be ‘better’ than our predecessors’.

If you find this hard to grasp, if you find it hard to appreciate the true scale of the problem, just imagine for one moment if the whole health system – every single aspect of it, every single pill, drug, pacemaker, hospital, doctor, nurse, life support machine – every single aspect of all and any health support was stopped for a whole week … just imagine the absolute carnage across the whole world – then it is jolly hard not to agree that we are in deep trouble.

So, there is no denying that it isn’t working. And it certainly wasn’t working for me. I was lying –– to myself. I wasn’t present in life. I was a cog in the machine. My relationship was a lie, my friendships were lies … of course they were … because everything was built on quicksand … and slowly but ever so definitely, I was drowning.

I paint this picture so that the absolute scale, value, enormity and power of what Serge Benhayon brought to me, is bringing to men and is bringing to all of humanity, can be deeply and fully appreciated. Because against and in spite of this tidal wave of disharmony, Serge is a man who has shown me and so many others that there is another way; that we don’t have to live with these intense pressures, hurts, insecurities, anxieties, mis-trusts, inequalities … and that once we choose (because it is a choice) to see the truth of who we really are and embrace that innate delicacy, sensitivity and strength that resides in all us men, then the world becomes a very, very different place, both for us going out in it … and for others meeting us in it.

He has shown me a truth that I always knew was there, but had no idea where to look.