Before and After Alcohol

Drinking alcohol was not ‘normal’ for me at all

Drinking alcohol was not ‘normal’ for me at all

Growing up in a family that entertained a lot and enjoyed a social drink regularly, being given port and lemonades, shandies and sips of my parents’ scotch and coke at a very young age all seemed extremely normal.

So when I myself started drinking socially at age 14, going to nightclubs and having my own parties, introducing alcohol into my life and social scene all seemed to be part of the next phase in my life, what I used to call ‘normal’. Everyone else was doing it, so why not me?

It was not until I hit my late teens, early twenties, that I began to question why I drank, and why I drank so much so often. It had gone from a special thing to a regular event that needed no excuse or occasion.

I felt that when I drank I became more confident within myself, more comfortable around others; even though it was a false sense of confidence, it gave me a level of comfort I didn’t have without drinking.

For me I liked to remain in control, wanting to appear I had it all together so I could feel more confident and at times I could certainly do that. But there were also times I would end up drunk and not in control and certainly unable to hold it together, getting myself into all sorts of situations – it was like watching myself in a movie.

There were many times this would happen, and I have many memories that still remain and friendships and relationships that suffered because of it. One night in particular at a very close friend’s birthday I became extremely emotional and had no idea why – I could not stop crying – it was awful for me and for her. I was watching myself from afar like I was no longer me and someone else had taken over and I had no control.

This was not the first time I had felt or observed myself like this, as while drinking I would at times become agitated, short with people and no longer feel or behave like myself, but it was the most distressed I had ever become.

I did not like the person I became when I drank, and after a while one glass of alcohol would affect me the same as a whole bottle, so for a while I figured – why not just drink the whole bottle? Then other times I would have one glass and head home.

Drinking and partying from such a young age soon became old, boring in a way, waking up hung-over, crawling out of cabs on Saturday mornings heading straight to work, watching yourself turn green in front of the mirror, dying to knock off so you could head home to bed to sleep it off, only to do it all again that night.

I had partied and drunk myself out

It got to the point where I no longer wanted to go out; I had partied and drunk myself out. I never really enjoyed getting drunk but I didn’t think I could connect with others socially without drinking.

I would go back every now and then and give it another try but I could no longer handle the hangovers, or the change in my personality; I felt like a ticking time bomb, never knowing how the alcohol would affect me or how I was going to affect others around me. My body had had enough; regardless of how much or little I drank, I would always wake up the next morning feeling the same – hung-over, irritated and exhausted.

So as I gradually cut back on alcohol and limited my party days, I slowly started to feel why I began drinking in the first place. It was a struggle, at first not wanting to feel what I had been avoiding, and I tried other drugs instead of alcohol to try and avoid those feelings, but I finally realised my emotional outbursts when drinking were due to everything I was and had been avoiding for many, many years.

When I drank, everything I had buried in my body came flooding to the surface and when it came out it was one big puzzle that at the time made sense to no one, including myself.

Unlike other drugs that I tried instead of alcohol, in my attempts to cope with life and my feelings, alcohol did not suppress anything but instead bought it all rising to the surface like a volcano erupting, spewing out all that had been left unsaid and undealt with. 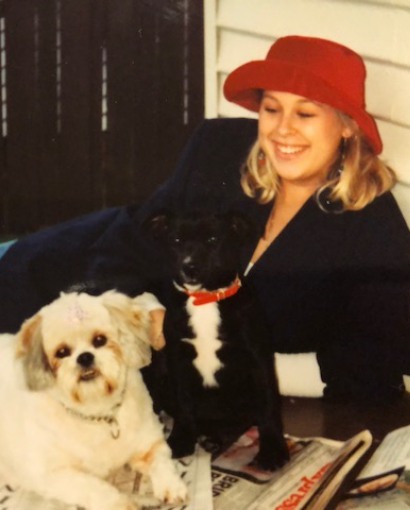 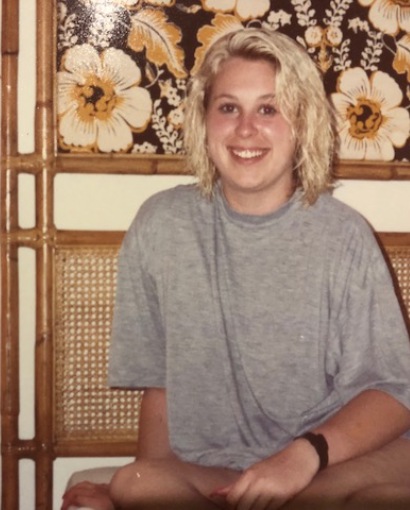 It was during this time that I began to attend Universal Medicine presentations and events as well as having regular sessions with Serge Benhayon.

I remember my very first session with Serge; it was profound. I walked out knowing my life was just about to change, that how I had been living up until that point was not ‘it’.

It was nothing Serge said, but a very strong impulse in my body, a feeling I had not felt before, my body had come alive, I could feel all the choices I had made up until that point, and whether they supported me to live a life of true quality and responsibility, or not. And drinking alcohol numbed me from being able to feel any of this.

Of course I still tried to drink, cutting back, experimenting with different variations and mixtures of alcohol in an attempt to find some form of alcohol that affected me the least; at the end, it didn’t matter what I chose to drink or how, it all affected me the same way when I got totally honest about it.

I had tried to give up alcohol before, but always ended going back for one more, nothing else worked, no amount of willpower or reaction from my body… nothing… until I began having regular sessions and attending Universal Medicine presentations.

What I felt in my body was a new standard; the feeling of vitality during and after the sessions became greater and more profound and important to me than the feeling of being tipsy from a glass or two of alcohol.

For me, alcohol gave me an illusion of confidence, I felt like I was finally being seen and heard and I didn’t care about what impact it was having on me, or on others, only that I no longer felt alone and unseen.

As I gradually developed a feeling of confidence in and connection with myself, I had less and less need to seek the illusion of this feeling by having a drink.

Giving up alcohol, and learning to deal with my hurts and buried emotions has now given me true confidence and the ability to connect to others.

I can honestly say I do not miss drinking alcohol; I can see the appeal of it, but can also see the damage it can do, and for me that damage far outweighs any enjoyment it may provide. The relief from tension that it used to offer me is a poor substitute for the precious connection I now have with myself.

Learning to accept and enjoy who I am, just as I am, and the family and friends I have without needing any form of stimulants is an incredible feeling, one that no drug or drink could ever give me.

It was not until I gave up alcohol that I was able to fully see how it impacted on my life and behaviour: it is such a widely accepted part of most people’s lives, it is not seen as addictive, destructive or harmful – after all it is legal, right, so therefore it is ok – but is it really?