The simplicity of my day to day life

The simplicity of my day to day life

Looking back on my life, as a young girl and through my teenage years I lived with a lot of domestic violence from my stepmother, someone who is meant to care for you and guide you through life. I felt the responsibility of trying to keep everything in order around me in the family and the home as I was growing up.

The violence created a lot of fear, hardness and protection in me, which influenced how I lived my life, but now the simplicity of my day-to-day life is free from protection and fears.

Having left school at the age of fifteen with very little education or memory of it, I have worked all of my life in a variety of jobs such as Head Cook, Warehouse Supervisor and Production Worker, most of which I loved. I usually ended up in charge at work, even though I could not read and write. But I felt I was always the giver and found it difficult to accept receiving.

For twenty years from the age of 18 I played a lot of sports including cricket, softball and women’s football. Football was the last sport I played – I started feeling changes in my body and realised that if I was injured I would have no one to support me as I have never felt there was anyone there for me but me.

What stands out most in my memory whilst playing football and cricket was that my home was the house where everybody came to stay most weekends. I would often have ten or more women stay and they all respected my home, as I love everything in its place. I felt the level of respect with friends and the attention to detail and order in my home was honoured. I loved those weekends together!

However, at forty I started wondering how I was going to live the rest of my life, as I not only worked full-time jobs, I was smashing myself with alcohol, drugs, clubbing and rave parties.

After seeing older people around me not looking that great, I felt my body wouldn’t be able to take this much longer. I knew deep down I needed a change in my way of living.

I met a new partner who lived in the country and at the age of forty-three I bought my first home on a quarter of an acre in a small country town north of Melbourne, which is a very beautiful place. Cows lived across the road and I really felt this country home was a new beginning for me and that it was an opportunity to really get my life back on track.

My life started to turn around for the better, but six months later I was made redundant; there had been no warning. But resilient as ever, and willing to do whatever was needed, within nine days I had a job at a chicken factory which as you can imagine, was not that pleasant to be at.

After fifteen months I resigned and started my own Cleaning Business, which is called ‘Under One Umbrella Cleaning’. I had enough savings for two mortgage payments so I had eight weeks to get together enough clients to pay my mortgage. The business took off after six weeks and has now been running for over five years and is continuing to successfully grow, with several people now working with me.

Meanwhile, with all the job changes and adjustments to the new life in the country, there I was still drinking, but less and less. I had given up cigarettes, however I had the odd cigar, but by now no other drugs. Then came menopause and at that time my body started going through some pretty heavy stuff.

I had really neglected my body in the past, but now that I was giving up my old habits, here it was showing me the disregard I had lived in with my previous drinking and drugtaking.

I ballooned from 49kg to 69kg! I was feeling obese and was unable to wear clothes that I liked and I felt like I had been ripped off! Eventually I was able to stop the alcohol and the cigars. I had thought giving up alcohol, cigarettes and drugs would save my relationship, but it actually saved me. My relationship ended, for various reasons, and I just focussed on building my business and my relationship with myself. A lot of changes occurred during the time I was in that little country town, but I felt very isolated there and I now felt it was time to move on. I moved to a nearby regional city where I have built my new home from scratch, grown a beautiful garden, and developed a deeply loving relationship with myself; I love how my life has changed.

With so little education I have always felt less about myself and that has made me hide around people. I thought I could not read or write, and even had trouble talking to people.

I had shut down so much because of the way I had been treated as a child, and was so disconnected from my body that I didn’t even know how to put the right words together.

I couldn’t feel the words until I eventually learnt to make the connection with my body again. And then everything slowly started to make sense and I found that not only could I talk to people, I could read and write as well!

Last year I took myself to TAFE to build on my expression with writing and found that I did not need to be there for myself, but was there to share my story with others and inspire them to develop their own expression and live their lives.

My commitment to life has always been there, but not always to myself, and that has changed immensely. Inspired by Serge Benhayon and the teachings of the Ageless Wisdom, I developed more love for myself, the excess weight left me, I left my addictions behind and I became much more honest with myself.

I became more aware and started to read situations more clearly. I no longer feel the need to protect myself from people, or to judge myself in any way. I have learned to deeply connect with my body and to live life from the truth that is there. 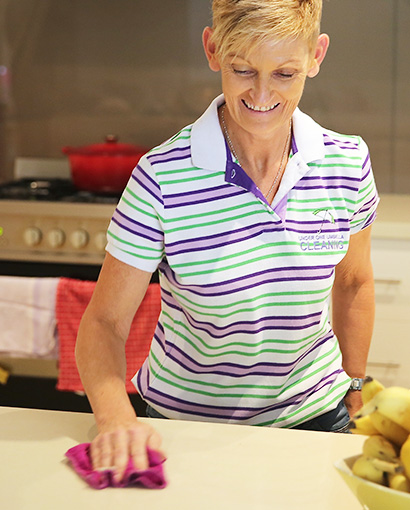 By moving out of Melbourne and living in the country I have grown so much and I feel like a woman for the first time in my life. To tell you the truth I love how my life has changed, and driving to all of the surrounding towns to do my cleaning jobs has opened my heart with appreciation of how beautiful the sky and the country scenery is, as I had never stopped to appreciate it in the past.

I love the simplicity of my day-to-day life.