Before and After Weight Loss

Before and after: Carmel Reid – the weight just dropped off

Before and after: Carmel Reid – the weight just dropped off

When Carmel was 54, she was living a life blighted by very low self-esteem ... she was feeling miserable, overweight and exhausted. Now at nearly 64 she is enjoying a healthy life, her body has returned to its ideal weight and her vitality has increased enormously. How did she do this? How did she manage to make such amazing changes at this point in her life?

Carmel shares her story: From fun loving and sexy, to obese and miserable ... and back to joy again.

At age 18, Carmel was active and fun loving, with her whole life ahead of her.

“At that time I weighed just 8st 4lbs (53Kg) and was a UK Size 12. I could wear anything and loved it. I could eat anything and not put on an inch, which was great.

By 24 I was married and my weight was up to 9 stone. Gradually over the years, more and more weight piled on and when I got to 10½ stone (65Kg) I became a life member of Weight Watchers. I returned to my ideal weight and felt very sexy at the time – I remember wearing an outfit similar to Olivia Newton-John in the film Grease – tight black trousers and an off-the-shoulder black top.”

A few years later, when she was 31, Carmel was expecting her first child: 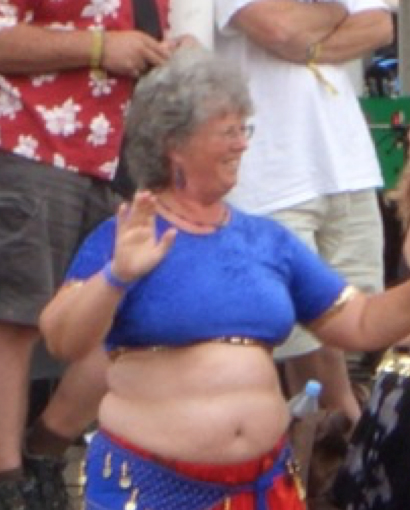 No more excuses and no more diets

“Just before I gave birth I had put on a total of 3 stone (23Kg), and only shed half of that afterwards. Two years later, with the birth of my second child, the same thing happened. I gained 3 stone and lost only one and a half. I was particularly suffering from belly fat. So I started motherhood being seriously overweight."

There came a point where Carmel had to let go of the excuses she had used to blame her weight on – she had to stop and become very honest. 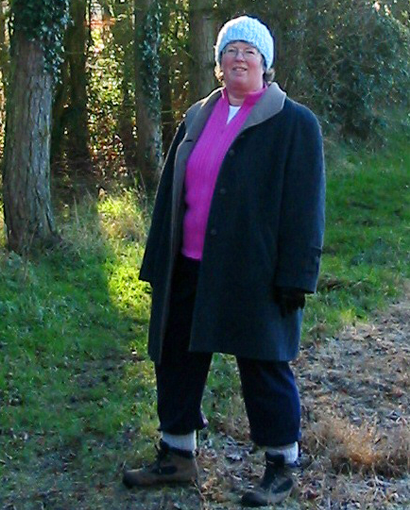 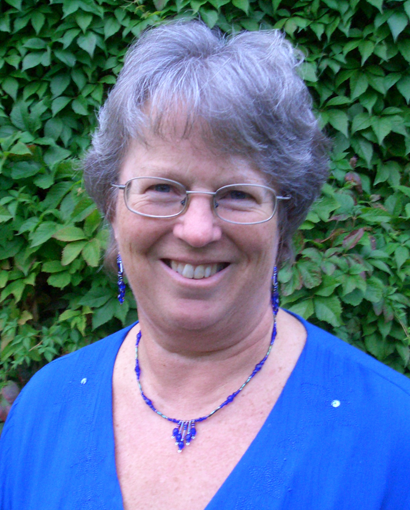 “I realised that I could no longer blame my being overweight on the Pill and the pregnancies, because the weight just kept on rising until I finally hit 15½ stone (98 kg). It was at this time that I saw a photograph of myself out walking and I just knew something HAD to change – I was obese!”

Over the years Carmel had rejoined Weight Watchers several times and a pattern emerged in which she would lose some weight and stay the same for a little while, but eventually she would gain weight again and give up.

“It always only worked for a little while and never did my weight stay consistent. I would get unstoppable cravings and then I would binge eat – hiding in the kitchen and eating where I couldn’t be seen. I was always nibbling and grazing.

During that time I had counselling and inner-child therapy sessions and began to learn a little about why I was overeating. I got to understand I was eating to numb my feelings, but recognising this did not seem to help much.”

“Looking back to that time I now understand there was much more to it, and gradually I got to really see that it was very much about HOW I WAS WITH MYSELF. I had a very poor relationship with myself due to the low self esteem.”

In 2005 Carmel went to a workshop with Universal Medicine and heard Serge Benhayon talk about a way of living that made sense:

“It was really very logical what he presented, especially when he talked about how our emotions can make us ill, and how the foods we eat can affect us in more ways than one.

I began to understand that my low self-esteem – my hating myself – was actually harming me! I was exhausting myself trying to please others, trying to get attention wherever I could in order to feel better about myself. And because I was so exhausted, I was constantly eating sugar and carbohydrates to replace my depleted energy, as well as craving fatty comfort foods (like chocolate and cheese). This was causing my weight gain.”

When Carmel clearly got to see why she was where she was, she began to make changes in her life:

“The real change that needed to be made was to develop a more positive relationship with myself. I was allowing myself time for this, which actually made it easy.

While I was building a relationship with myself I felt inspired to experiment with my food. I first played with eliminating gluten and had immediate noticeable results – I was bloating much less. Then I tried reducing dairy and noted that my annual bouts of coughs and colds virtually disappeared. In this way I made many changes – with everything I would first try it, and if I found that worked, I kept doing it.

Step-by-step I tried things to see how each felt in my body. I found that if I pushed myself before I was ready, or made it a rule, it wouldn’t be effective. I would then get rebellious and go backwards. It has been a steady unfolding ... I certainly couldn’t have done it all at once.“

Carmel gradually eliminated gluten, dairy, alcohol and finally sugar. She talks about how easy it really was when she did it in this way:

“None of it was a struggle because I really took my time, stopping eating whatever it was when I felt it was time to do so. I was not denying myself anything or fighting myself over food choices, I made the different choices because it felt right in my body! As a result, the weight simply dropped off with no effort at all – no calorie counting, no feeling guilty or eating ‘sin’ foods.

There were no goals set, no plan with timing, it simply happened. Before, when I used to set goals, my weight would go up and down with the well known yo-yo effect, always more up than down, and eventually I would give up. Now that I choose what to eat from a loving commitment to myself there’s no going back – my weight has been steady for the last four years."

Even the practicalities of changing her diet were not nearly as difficult as she might have imagined:

“My daughter had already been showing signs of gluten intolerance and I was used to reading packet ingredients and finding replacements for her. In the beginning I would find ‘replacement foods’ such as gluten-free bread, then I would switch to rice cakes and corn chips. Eventually I did not feel to have them anymore either and I developed a different way of cooking for myself.

Now I eat a healthy diet of lamb, chicken, fish, nuts, seeds and eggs, with loads of healthy vegetables and some fruit. I tend to avoid potatoes and rice. I no longer eat any gluten or dairy (milk, cheese) in any form and I avoid yeast and sugar, especially in processed foods. I drink water and herbal tea – no alcohol, caffeine, sugary drinks or fizzy ‘diet’ drinks. I only have limited amounts of fruit, preferably green apples. When I feel the need for more, I know I am tired and try to go to bed earlier instead of eating more sugar.

I know this may sound like a difficult thing to achieve, but it all came really naturally as I felt my choices from my body and learned to take care of myself in a more loving way.”

Building a loving relationship and working through her issues has not only changed Carmel’s diet and weight, but has impacted on her entire life.

“I learned to be different in my approach to work. Instead of trying to please everybody and exhaust myself in the process, I now work in my own rhythm. I work hard but in a gentle way. I truly appreciate myself these days and my now great relationship with myself is improving my relationships with those around me naturally.” 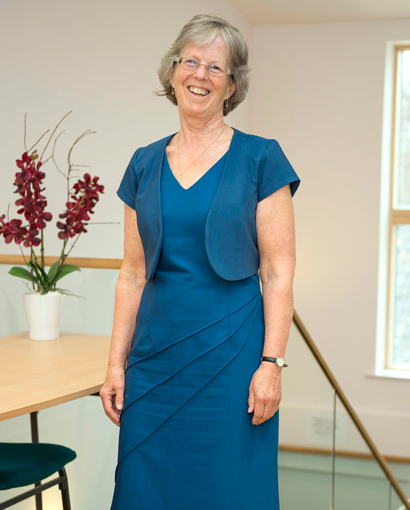 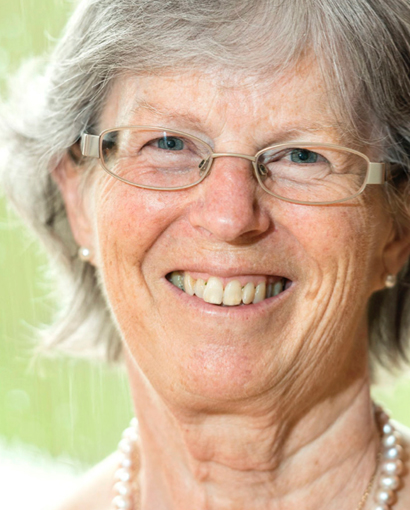 With her eyes smiling now too!

“Listening to my body in this way has made a huge difference. I am not only feeling into what to eat but also how to be. I can be much more caring with myself and I am now play-full with life.

Some days I feel like I'm 18 years old again.

My bathroom scales, once used as a tormenting daily ritual, are now put away in a cupboard. But I get them out once in a while, just out of curiosity, as I no longer worry about my weight. It cost me a whole new wardrobe but it is so much fun being able to buy anything from any shop, not just the Outsize Rail in the few stores that catered for sizes over 16.

I now weigh a steady 9 stone (57Kgs) and whenever I have a bit of a ‘blip’ and notice I am eating in the ‘old’ way, I realise that there is something for me to feel into or look at and I come back to taking care of me. This is how I am maintaining it.

What I love about how I feel today – and I love being slim – is that I have so much more vitality and I wake up feeling joy-full, no matter what day it is.”